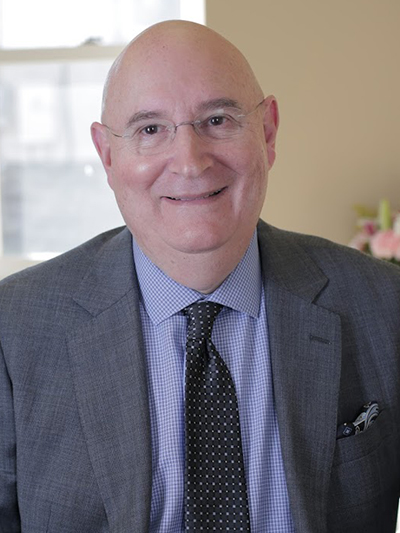 Dr. Jay Freedman opened his dental practice two years after graduating from Temple University School of Dentistry. Dr. Freedman is a lifelong resident of Eastern Montgomery County. He graduated from Abington High School and received a BS in Biology from Temple University. Dr. Freedman and Dr. Gradwell started their professional partnership in 1988 and both began their journey in dental implant excellence in 1989. Together, they have attended hundreds of programs about all phases of implant dentistry and have successful placed and restored thousands of dental implants in over the 25 years of their joint practice. Dental Implant Solutions of Greater Philadelphia is the result of Drs. Freedman and Gradwell’s commitment to harness their over 50 years of implant dentistry experience!

In addition to his private practice, Dr. Freedman is an active member in multiple avenues of organized and educational aspects of dentistry. He has been on staff at Abington Memorial Hospital as a member of the Dental Division since 1989. As a senior staff member his responsibilities include postgraduate clinical and didactic resident education, new resident selection, lectures on the restorative phase of Implant Dentistry and curriculum committee. Dr. Freedman’s office is used as one of the two offices for resident mentoring.

He has served on the Executive Board of the local and district branches of the American Dental Association where his responsibilities have included continuing education program chairperson, recording secretary, membership chairperson and President in 2013.

On a regional level, Dr. Freedman serves as a member on the Pennsylvania Dental Associations Valley Forge Dental Society where he is involved in formulating programs to help the “at risk” population to receive dental care as well as the scientific and steering committee for Greater Philadelphia Dental Conference. He also serves on the membership committee at the state level.

In addition to his active rolls in private practice, as a postgraduate educator and in organized dentistry, Dr. Freedman has maintained a serious commitment to his own continuing education. He maintains membership in several study clubs, and has been a member of The American Academy of Implant Dentistry for over 20 years attending numerous national seminars yearly. Dr. Freedman’s commitment to excellence in care, technology, education and patient value is his primary directive and has been recognized by his peers in his selection to be a Fellow in the American College of Dentists (only 3% of dentists are elected) and a Fellow The Pierre Fauschard Academy. Nomination and selection are based on commitment to ethics, service and education. Most recently, Dr. Freedman graduated from the world renowned Pikos Institute in advanced Implant Guided surgery.  The Pikos Institute has state of the art technology which promotes the most advanced surgical and restorative techniques.

Dr. Freedman has partnered with Abington Township’s PAL to provide no-cost dental exams, x-rays, and prevention services to his community’s at-risk children for the last 5 years and recently created the “Give Vets a Smile” program where veterans who homeless and challenged who are not eligible for VA dental care are treated for free. This program has received national media attention as well as the attention of the American Dental Association and Dr. Freedman hopes to make this a national initiative.

Dr. Freedman lives locally in Dresher with his wife Susan of nearly 35 years. Believe it or not, they met in prison (she worked in the treatment department, he was the prison dentist). He has two sons Howard and Marshall. Howard works for an investment bank in Manhattan and a ’06 graduate from Fordham University. Marshall is a ’10 graduate of George Washington University, currently lives in Honolulu and works for The Cheesecake Factory as a manager. Both of his sons were high school and college varsity athletes and the entire family is avid sports fans.